A guide to assessing IR35 status, part 1: Personal Service & The Right of Substitution

Posted on 20th August 2019 at 11:16
As a contractor, you’ll be more than aware of the struggles surrounding the paperwork, decision making and general understanding of the off-payroll working rules – or IR35 for short.
In this five-part blog series, we are going to be taking a look at the three main assessment criteria for evaluating a contractor’s IR35 status, along with the smaller areas that should always be taken into consideration.
The three main assessment criteria are:
Personal service/substitution
Control
Mutuality of obligations

How does HMRC determine whether you’re caught by IR35?

To determine whether a contractor is inside or outside IR35, HMRC will firstly take a look at the written contract between the contractor’s limited company and the agency or end client. They will then go on to look at the actual day-to-day working practices, or the way the work is performed on a daily basis. There are a number of key areas that will be considered in order to maintain compliance, and for part one of this five-part series, we’ll be looking at the first of the three major criteria: the right to provide a substitute.

What is the right of substitution?

While an employee is hired for their personal service to a company, a contractor who works off-payroll is contracted to provide a service rather than their personal skills and, ideally, would be able to send a substitute worker in to cover them if required.
Although in an ideal world this wouldn’t ever happen, a contractor should always have this right, and it must be a genuine one – and it is one of the strongest tests of self-employed that exists. In 1999, we saw the tribunal case of Express and Echo Publications Ltd vs. Tanton, in which a Devon-based newspaper delivery driver argued that he was self-employed because he was engaged under a contract for services, as opposed to being engaged under a contract of service (which would signify an employer-employee relationship).
The contractor, Tanton, was instructed where to deliver newspapers to, drove a vehicle provided by Express and Echo Publications Ltd and wore a uniform displaying the company’s logo. Payment was made for the newspaper round rather than on an hourly or daily basis.
The tribunal originally found that the driver, Tanton, was employed by Express and Echo Publications Ltd. However, upon the case being appealed, the judgment was overturned because the tribunal found that Tanton did not have to provide his services personally and that this was inconsistent with a contract of service. Tanton actually took six months off work owing to ill health, and sent a substitute to work in his place during this time.
The Judge at the tribunal said, “In [a] clause of the unsigned agreement it was stated that ‘In the event that the contractor provides a relief driver, the contractor must satisfy the company that such a relief driver is trained and is suitable to undertake the services.’ The finding as fact that Mr Tanton had to provide someone else if he was unable or unwilling to provide the services personally meant that, from day one, he never had to perform the services himself. The company only had a limited right of veto over any substitute.”

What should be written in a contract to prove the contractor has the right of substitution? 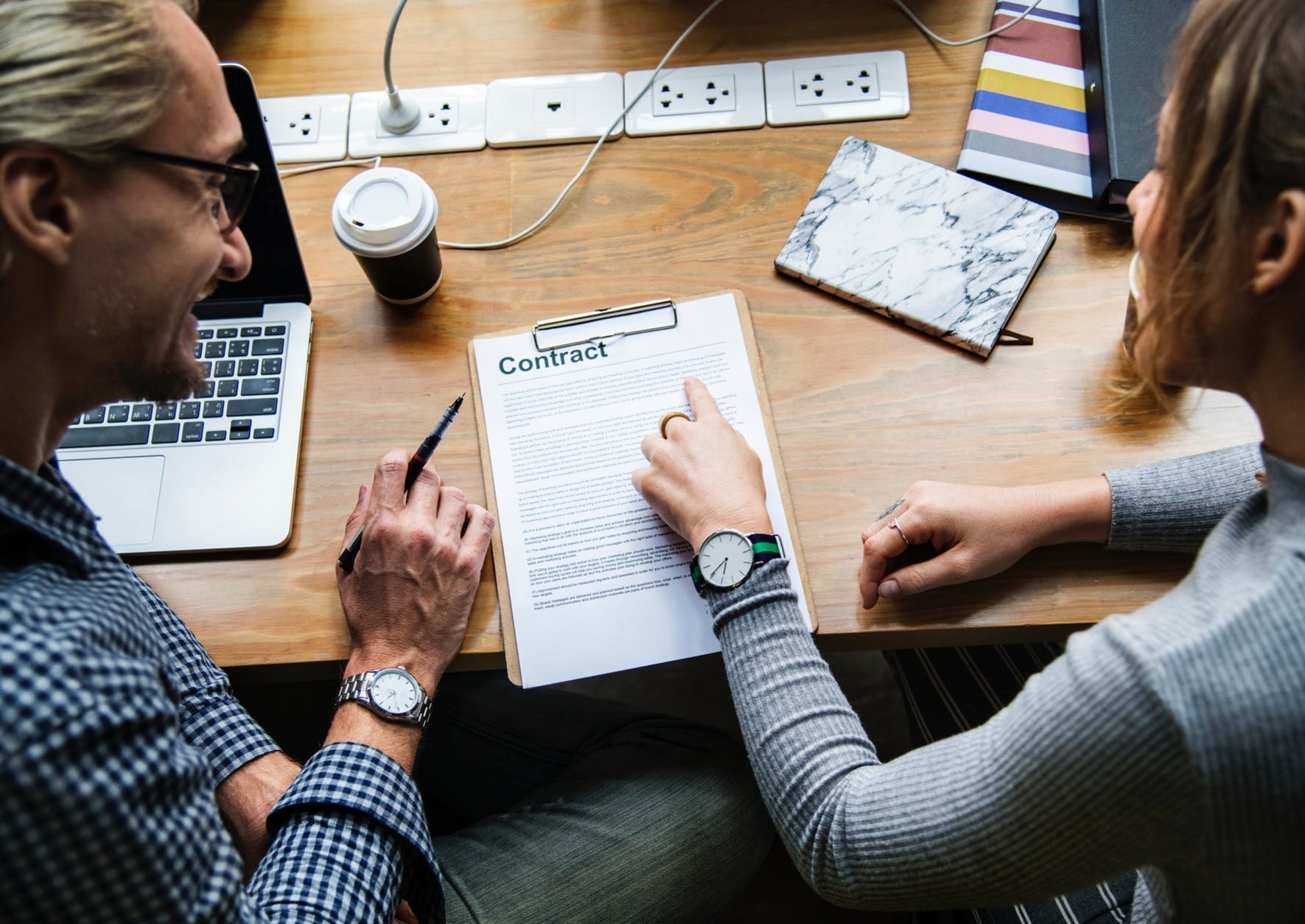 When the contractor is named within the contract, there should be an explicit right to provide a substitute. If this is not included in the contract, there is the risk that this would signify an employer-employee relationship.
There are a few elements that should be included in a ‘right of substitution’ clause in your working contract:
The contractor must have the unrestricted right to substitute themselves for somebody else.
The contractor should pay for the substitute rather than the client, since it is in effect subcontracting.
The contractor should pay for any handover or training period that the substitute has to undergo before replacing the contractor.
The client must not have the right to refuse a substitute without proper and sensible reason. You should note, though, that if the substitute does not have the necessary skills to be able to fulfil the contractual requirements, then the client reserves the right to terminate the contract in its entirety.
Here is some suggested wording you could include in your ‘right of substitution’ contract clause:
The [Contractor] is not obliged to provide the services of a named individual in respect of the [Services] and may provide a substitute to perform the services. The [Contractor] acknowledges that the [End Client] has the right to refuse the substitute if in the reasonable view of the [End Client], the substitute(s) have insufficient qualifications and expertise to carry out the work. It is also agreed that the [Contractor] will remain liable for all acts and/or omissions of any substitute(s) provided.
Please note that you should always consult with your accountant or lawyer before you add or change any wording in any current or future working contracts.

We can’t stress enough the importance of ensuring you’re up to date and fully compliant with off-payroll working rules. As many of you will know, HMRC released their Draft Legislation for IR35 Private Sector change from April 2020 last month, which has been met with some confusion and worry about how it might affect current contractors. The team at Effective Accounting has been preparing for this for several months and know that many of you are concerned about the changes and how they will affect you.
It is now time to prepare for the changes and ensure you are equipped with the information you need to communicate effectively with your clients to get your IR35 status confirmed and move forward.

To support you through these changes, we have put together an IR35 Private Sector: 5-Step Action Pack, which includes:
Full written IR35 Contract Review;
30-minute debrief call with Nicola to discuss the outcome of the IR35 Contract Review and its impact on you and your limited company;
Communications Pack including email and letter templates to send to your client to get your communications started, and in the event that you need to appeal;
30-minute call to discuss your very own action plan.
We are bundling all this together for our clients for just £237 +VAT until 1 September, when the price will increase to £297 +VAT.
Learn more in this free guide we've created for you, which you can download by clicking here.
Don't wait for your client to come to you.
Be proactive, take the initiative and get planning for April 2020! 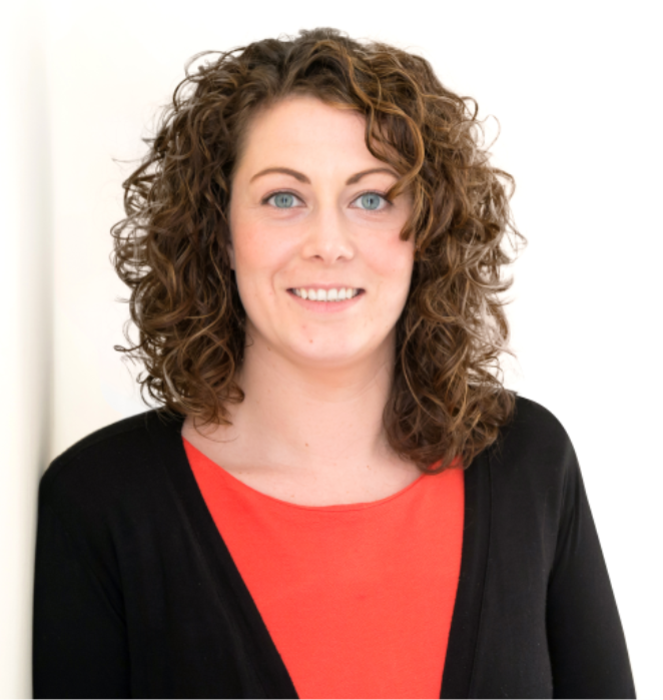