Posted on 29th October 2018 at 20:00
The Chancellor Philip Hammond delivered his Autumn Budget speech, a little earlier than in previous years, on 29 October 2018, at 3.30pm. The key points for freelancers, contractors and small business are set out below. 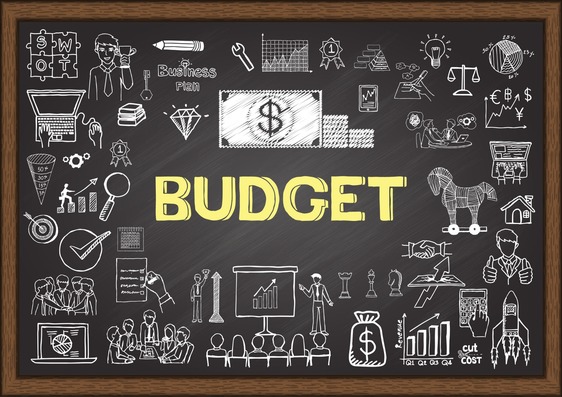 Mr Hammond introduced his speech with a
promise that this is
"a budget for hard-working families"
and was a Budget
that would create an
"economy for everyone".
We followed the Budget as it unfolded and have picked out the key points for freelancers, contractors and small businesses. Read below for the highlights and do not hesitate to get in touch to discuss how this may affect your personal circumstances.

The Chancellor was keen to confirm that he wouldn't rule out the need for a revised or updated Budget once the Brexit plans are finalised - whether deal or no deal. He was clear that "if needed" he would upgrade the Spring Statement to a full Budget.
So - everything after this point is still subject to change based on the outcome of the Brexit negotiations!

If you are a freelancer or contractor, or director of a small business, operating through a limited company with a tax efficient salary and dividend structure, this means a potential £3,425 of extra take home money!
Interested in knowing more - get in touch.
As always, we will be writing to our clients in due course with tax planning strategies for the new tax year, including the optimum salary and dividends for 2019/20. Keep a look out for an email in the new year!

Corporation Tax rate will remain at 19% for the 2019/20 tax years. The previous promise to reduce this to 17% from 2020/21 was not mentioned in the speech, but is included in the small print (yes, I trawled through!)
VAT Registration Threshold will remain at £85,000 despite ongoing speculation. And the Chancellor has gone one step further and promised no change will be made to the threshold for two years to give businesses some certainty.

Much to our surprise, despite several months of speculation, Entrepreneurs' Relief has not been scrapped! However, in the spirit of the legislation and to reduce abuse of the relief, the minimum qualifying period is being increased from 1 year to 2. This means that from 6 April 2019, you need to have held shares in your company for at least 2 years, to qualify and be eligible for the relief.
If you are considering closure options and exit strategies and are concerned about how this may affect you, please schedule a call to discuss.

IR35 in the Private Sector

As many of you will know, following the roll-out of the Off-Payroll Reforms to the Public Sector in April 2017, the Chancellor announed a consultation into reforms to IR35 for the private sector in last's years Autumn Budget.
We have been closely following all aspects of IR35 and you can read more on our dedicted Blog.
The much-anticipated consultation was finally published several months behind schedule, in late May 2018 with closing dates for comments 10 August 2018. The whole industry is challenging the reforms and this fight continues.
The Chancellor announced today that reforms will be rolled-out into the Private Sector, but not until April 2020 and only for medium and large businesses (this is yet to be defined). This is a victory at this stage (as all indictations suggested a fast April 2019 roll-out) and comes from the relentless campaigning going on throughout the industry and most notably by Dave Chaplin, of ContractorCalculator. If you follow our IR35 News, you will have heard me mention him before.
An extract from Clause 4.3 Income tax and National Insurance of the Red Book provides a little more detail:
"Off-payroll working in the private sector – To help people comply with the existing rules and bring private sector organisations in line with public-sector bodies and agencies, the government will reform the off-payroll working rules (known as IR35) in the private sector. This follows consultation and the roll-out of reform in the public sector. Responsibility for operating the off-payroll working rules will move from individuals to the organisation, agency or other third party engaging the worker. To give people and businesses time to prepare, this change will not be introduced until April 2020. Small organisations will be exempt, minimising administrative burdens for the vast majority of engagers, and HMRC will provide support and guidance to medium and large organisations ahead of implementation."
It is important to note that although this has been announced, Brexit could still have an impact on this and so could further campaigning within the industry. If you want to join the fight, follow our Blog and also follow Dave Chaplin on LinkedIn to see how you can get involved.

If you are contracting and concerned about your IR35 position, the next step is to schedule a call with me to discuss your options and arrange an IR35 Contract Review.

"Austerity is coming to an end, but discipline will remain"

Overall, a fairly predictable Budget with another reprieve for contractors to keep fighting the good fight. Remember, focus on the positive, for the next tax year, there is potential to have an extra £3,425 of take-home money in the pocket - and that isn't enough the Chanceller obviously loves a pint as he has frozen duty on Beer and Cider!

This is of course just a summary of the key points affecting our typical clients.
If you want to read more, including details on fuel duty, tax on digital tech giants and more, I would point you to the summary by BBC here, or if you need some serious bedtime reading, the full Red Book itself.
If you are not yet a client, but are keen to hear our views on the Budget, or indeed anything else - please get in touch.